Horror is really more of an effect than a true genre. I mean, yes there is a genre named after it, but it’s because those works tend to feature a lot of fear, death, and destruction in a blatant way. Lots of otherwise mainstream or “normal” movies, books, plays, have some seriously intense horror elements. In some cases, these non-genre critters can actually be a LOT scarier than a majority of pure horror fiction. 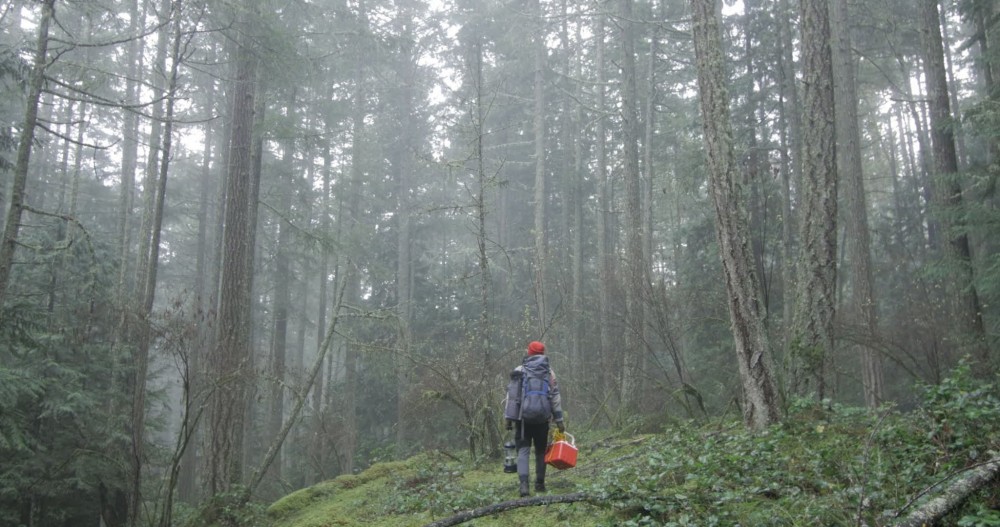 I stumbled across an example of this recently, 2015’s Canadian indie film THE INTERIOR, written and directed by Trevor Juras.

It features a stunning performance by Patrick McFadden as James, an extremely disaffected twenty-something creative in an ad firm, who’s life hits a major snag when he’s diagnosed with something bad (which is never named, but seems incurable).

The first half of the film features James as he just kind of floats smart-assedly through his life—smoking lots of pot, trying to record really bad rap songs, smirking secretly at his arrogant boss. It feels like a clever indie comedy at this point, even with the main character’s dire diagnosis hanging over the proceedings. Suddenly, he decides it’s time for a change. He quits his job (or more truthfully, immolates his job), leaves his apartment, and breaks up with his semi-girlfriend, who doesn’t seem very hurt. Her response is priceless: “Youth is a commodity and I’m sad I spent so much of it on you.” 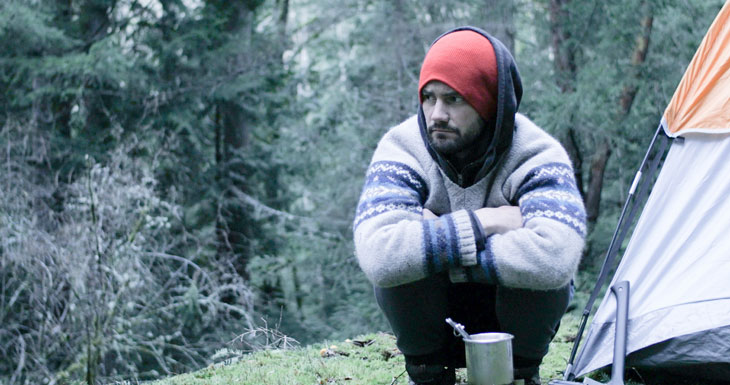 Then the title card hits (it’s about a half hour in at this point) and we are suddenly in the woods, far away from the big city. It’s here that things start to take a turn for the scary. James is a very inexperienced camper/backpacker, and the first thing we see him do is to break into a summer cabin to steal some supplies, and this is played for laughs. The rest of the movie plays out with almost no dialog, and it feels like a noose slowly tightening. I really don’t want to give anything away, but suffice it to say that James runs into something that is at first annoying, but then starts to become menacing, before reaching full on galloping horror by the end. Some of the scenes of James in his tent at night, after being awakened by weird sounds from the woods are just plain HORRIFYING. If you’ve seen WILLOW CREEK, it’s like the famous one-shot tent scene from that film, but it happens night after night.

In the end, I was amazed and actually a little frightened by this film, which hardly ever happens anymore. I’m not sure how much is supposed ot be taken symbolically, if the experiences in the woods are stand ins for James wrestling with his mortality. Whatever the case, this weirdly beguiling, slow-burn hybrid knocked my horror socks right off. Scariest thing I’ve seen all year, folks. No question about it.

MY REVIEW: FUNNY, SCARY, UNLIKE ANYTHING I’VE EVER SEEN. LOVED IT.