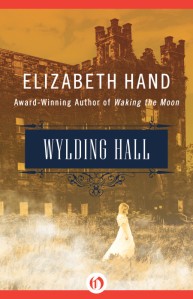 As a musician for much of my life, I tend to get annoyed by movies and books that attempt to take place “behind the scenes” of a band or solo artist’s career. They almost always suck at portraying the REAL vibe of touring, recording, fighting, etc., that goes on with all serious bands, famous or not, and most resort to terrible shorthand character traits to define the various players.

I’m here to tell you, good country people, that WYLDING HALL, the latest short novel by ELIZABETH HAND is a big exception to the rule. A BIG exception. The book is written as if we are reading the transcripts of interviews from a documentary about the fictional 1970s British folk-rock group, Windhollow Faire, who are kind of a cross between The Incredible String Band and Pentangle, two giants of that scene. 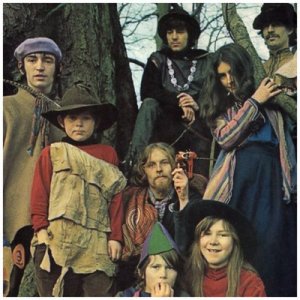 The story revolves around the members of the band in present day (Lesley, Ashton, Jonno, and Will) recalling the summer the band spent at the titular Wylding Hall, a sprawling, semi-rundown, manor in the boonies of rural Hampshire, England. It was the site of the creation of their one masterpiece album, and also of the disappearance of their legendary leader, Julian Blake.

Each of the band members, now in late middle-age, recall the events of that summer slightly differently, but all with their own feelings of regret and loss for the young people they used to be. I was impressed throughout how the various characters’ voices all felt both real and unique, a difficult job when the entire text is the characters speaking to a documentarian. 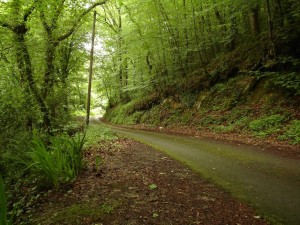 Wylding Hall is a book as much about that feeling of loss and the ever changing nature of memory, as it is a supernatural mystery based on old British folklore and paganism. It’s part haunted house story (where each band member has their own bizarre run-in with the manor itself), part evocation of the creative process in all its woolliness, part mystery, and all gorgeously realized.

I have been a fan of Elizabeth Hand’s short stories for years, and this novel feels like a natural extension of her intense-yet-graceful shorter fiction. Her ability to add just that teeny little detail to a scene in order to creep us out, or set us up without calling attention to itself is a magic trick that just does not get old. Fans and readers of horror/fantastic stuff will see where things are headed pretty early on, as far as the mysterious disappearance of Julian Blake, but Hand is so deft and so in control of her language and effect, that it doesn’t matter at all. In the case of WYLDING HALL, the getting there is the most important part. 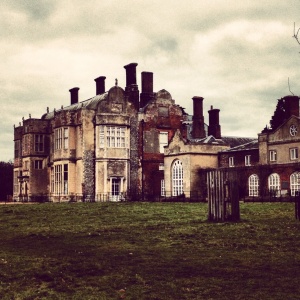 For those of you out there looking for a slam-bam, terrifying novel, you will probably be disappointed. Those who appreciate a slow burn, creeping dread, character-based reverie, and those with an affinity toward “folk horror” (THE WICKER MAN, I’m looking at you), will find a veritable feast of amazing writing here.