LYLE – MOTHERHOOD CAN BE HELL 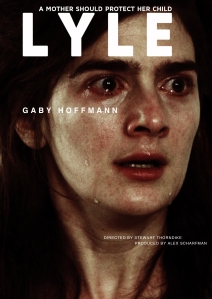 Wow! We’re batting .1000 on this year’s October horror movie watching! UNCLE JOHN was great, and I just finished the excellent LYLE, written and directed by Stewart Thorndike (who is a woman) and starring Gaby Hoffman in a tour de force performance.

Hoffman plays Leah, newly pregnant and with a toddler daughter named Lyle. She and her partner June (Ingrid Jungermann) move into an almost too-good-to-be-true apartment in Brooklyn after coming to the city so that June can take her career as a music producer to the next level. After stumbling across proof that their odd new landlady lied to them about no children having lived in the building in the past, Leah begins a descent into paranoia. When tragedy strikes, it gets much, much worse.

There is a ton to love about this movie. First and foremost, Gaby Hoffman’s performance is just plain phenomenal. She is literally in every single scene of the movie and does an amazing job carrying us along as Leah gets more and more convinced something terrible is happening. The audience is kept on its toes trying to figure out if we are watching a woman having a nervous breakdown, or if there is truly something bizarre going on in that building. 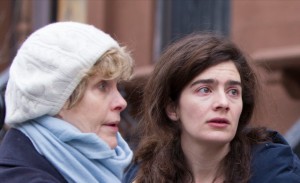 The accumulation of dread and detail is handled very well, with incisive writing and direction from Stewart Thorndike. She really knows how to get to the heart of a scene, and doesn’t waste a moment of screen time. In fact, the whole movie is only about an hour long, though it doesn’t feel rushed at all.

Another cool thing is that every single scene, aside from a party held in the evening, takes place in broad daylight. The huge windows of the apartment are constantly in the background, blown out on the film, which adds an unsettling white glow to everything.

The elephant in the room is that yes, LYLE does owe a lot to Rosemary’s Baby. BUT, for my money it’s a fresh approach because it focuses on the mother AS a mother. The final image is really powerful and makes a strong statement about the basic kick-assedness of all mothers.

If you are in the mood for some excellently-acted, character-based horror that delivers a high creep-factor, then check out LYLE. It’s the kind of movie that I’m always looking for as a horror fan, but hardly ever find…